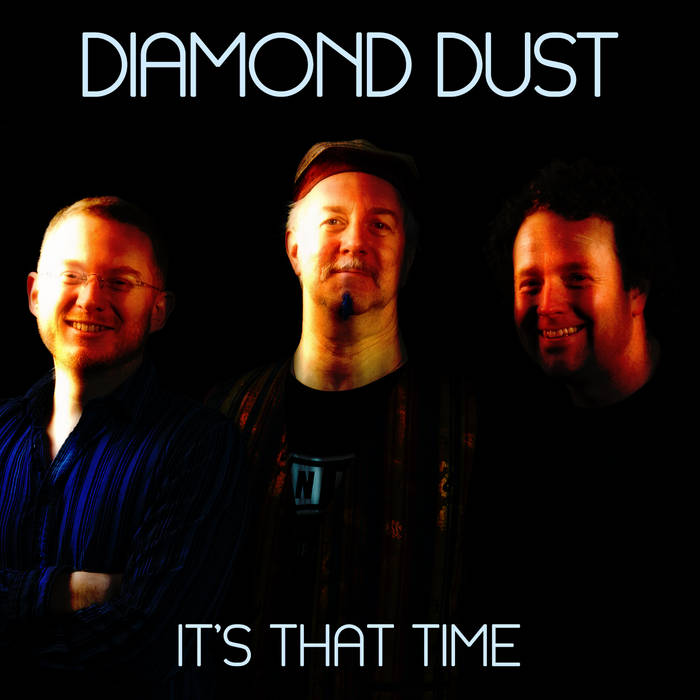 "The most convincing versions of Lifetime tunes I've heard yet" - Mark Fletcher
www.diamonddust.info

"This is not some nostalgia trip. This is not retro. This is contemporary hard-driving instrumental music sporting its own id. Diamond Dust is how a 21st century power trio should sound." - Walter Kolosky : Author of the books Power, Passion and Beauty: The Story of the Legendary Mahavishnu Orchestra and Follow Your Heart- John McLaughlin song by song.

Formed in 2012, Diamond Dust is a dynamic and energetic organ trio in the mould of Tony Williams Lifetime which featured Blue Note keyboard maestro Larry Young, proto guitar legend John McLaughlin and Williams himself. The band plays electric music from this exciting era when such greats as Miles Davis fused jazz and psychedelic rock, sparking a revolution in music which led to the formation of Tony Williams Lifetime, John McLaughlin's Mahavishnu Orchestra and many others.

The repertoire is powerful, electric and groovy and features many of the key TWL tracks from their ground breaking LPs 'Emergency' and 'Turn It Over', together with music from McLaughlin’s album 'Devotion', as well as some of his later compositions.

On guitar is Mark Lawrence. Mark has performed at various festivals in the UK including the 'Secret Garden Party' and at Oxford, Cheltenham, Teignmouth and Bude Jazz Festivals. Mark has appeared at the 'Craig Charles Funk and Soul Show' and supported internationally known acts The Apples and the Haggis Horns. Mark has recently signed as an endorsee of the UK music products company Sonnus www.sonuus.com

On organ is John Paul Gard. John Paul studied at Coventry University where tutors included Jason Rebello and Dave Buxton. He performed with Andreas Öberg at the IGG Festival in 2007, has appeared with Alex Hutchings at the Glastonbury Festival and is well known for his work with Eddie Martin, Mike Britton and Esmond Selwyn across the United Kingdom and in Europe. John Paul is endorsed by The KEYB Organ Group and the Ketron Music Group.

On drums is Marco Anderson. As a drummer, guitarist and keyboard player, Marco has recorded and performed with an extremely wide array of musicians in varied genres. They include saxophonist George Brooks, sarangi player Surinder Sandhu, Tony Hymas (Jeff Beck), Tony Roberts, Paul Dunmall, Tony McPhee, John Serry, Antonio Forcione, Andy Sheppard and many others. Drummer for the seminal psychedelic progressive blues band, The Groundhogs from 2007-9 he toured the UK with The Classic Legends of Rock, also featuring Wishbone Ash and Focus and appeared at the prestigious Roadburn Festival in Holland.

Recorded at Bristol University by Jonathan Scott.
Mixed and Mastered by Marco Anderson.

Bandcamp Daily  your guide to the world of Bandcamp